Expatriate Bangladeshis have sent a record amount of remittance home in May ahead of the Eid-ul-Fitr.

They sent $1.95 billion in inward remittances to Bangladesh, a new monthly record, according to the central bank.

The previous record was set in January of this year, when the country raked in $1.59 billion in remittances.

Bangladesh Bank spokesman Sirajul Islam told bdnews24.com, “The inflow of remittances was good as it was. However, with Ramadan and Eid in mind, they (migrant Bangladeshis) are sending in more money for their loved ones. The amount of remittances has grown as a result.”

Almost one million Rohingya refugees are living in camps in Bangladesh.

For years, government-run schools have quietly welcomed Rohingya refugee children. But recently, scores of children have been expelled.

The rice economy of West Bengal, already stifled by lack of demand, is now facing further threat from loss of import market in Bangladesh.

Last year, Bangladesh imposed a 28 per cent import duty on rice from India, against two per cent earlier. This led to massive fall of non-basmati rice exports from India to Bangladesh, by about Rs 3,278 crore in value. Data from APEDA (Agricultural and Processed Food Products Export Development Authority) shows that non-basmati exports from India to Bangladesh fell from about 1.7 million tonnes worth Rs 4,463 crore, in April-February 2017-18 to 420,000 tonnes (Rs 1,186 crore) in the same period this financial year.

Rice mills in West Bengal are already suffering heavy losses due to the drastic fall in exports to Bangladesh, which was one of the major markets for the state.

Of this, the state government procures about 3.5 million tonnes through the levy mechanism. Earlier, West Bengal used to export about three to four million tonnes of rice to Bangladesh every year.

According to Sushil Kumar Choudhury President, Bengal Rice Mills Association, about 90 per cent of rice mills in West Bengal are not economically viable. The association has also made a written plea to the government, seeking reduction of import duty imposed by Bangladesh.

“Rice millers are bearing a loss of about Rs 220 a quintal for milling paddy procured through government levy mechanism, as the cost of milling and transportation exceeds the money paid by the government. Further, the export market has been wiped out due to massive import duty hike by Bangladesh,” Choudhury said.

More than 100 rice mills have shut down in the last few years, he said.

West Bengal mainly produces parboiled rice, but its consumption has declined substantially over the years, as rising incomes have led a demand shift towards better quality rice.

In the rural areas, the key market for parboiled rice, demand from open market has shrunk because of wide availability of rice at Rs 2 per kg under government subsidy schemes.

Data from the NSSO survey on household consumption suggests between 2004-05 and 2011-12, the monthly per capita consumption of rice in urban areas shrank from 6.77 kg to 6.24 kg. 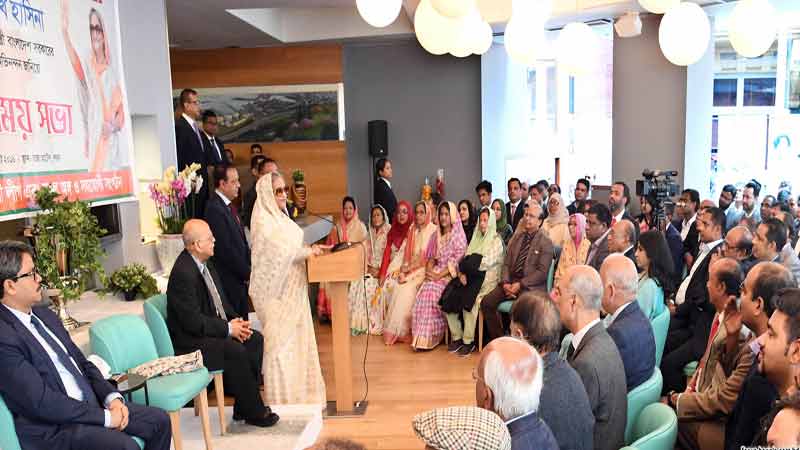 The flight is scheduled to reach Hazrat Shahjalal International Airport in Dhaka in the morning on Saturday. The prime minister arrived in London on May 1 on an official visit to the UK.

PM’s Private Industry and Investment Advisor Salman F Rahman and State Minister for Foreign Affairs Md Shahriar Alam, among others, are accompanying the prime minister during her visit.

Development efforts inspired by the German decentralization approach are underway for the comprehensive growth of Bangladesh; Salman F Rahman is hopeful the country will achieve target by 2041

Bangladesh’s development in the last decade has been a quintessential success story, credits to the good governance, exports, and their combined impact on the economic rise during the tenure. Although going at a reasonable pace, Bangladesh is in need of a development model similar to Germany that can bring about an “inclusive, sustainable and resilient” approach, said Manmohan Prakash, the Bangladesh Director of Asia Development Bank, at a seminar on ’spreading equitable development in the country’.

Supporting this notion, Salman F Rahman, the private sector industry and investment advisor to PM Sheikh Hasina, said “Our prime minister has already mentioned that every village will be turned into a city. That’s exactly what the German model is — you are going to take away the concentration from cities …you urbanize the whole country.”

And while this is in consideration, it is important to factor in the differences between the two countries, their goals, and subsequent feasible timeline. For instance, Germany practices a decentralized approach in its industries as well as society, but it took them nearly 200 years. Embracing their style of demography and industrial development, Salman F Rahman added, “The process has already started. We have to do much faster than that (200 years). Our target is to be a developed country by 2041.”

Adoption of a decentralized model is likely to be a valuable addition to the country’s development approach. Major impact of this model will reflect on the newfangled sources of growth and thereby, leading to an increase in the economy. This comes after the fact that the model focuses on expanding small and medium enterprise financing, infrastructural development, digitalization, and empowering education – factors on which Bangladesh has been slowly progressing. However, this calls for an in-depth understanding of the model with specific plans for industrial improvement.

Furthermore, Salman F Rahman highlighted the government’s ongoing efforts of building 100 Special Economic Zones (SEZs) for better investment and employment generation. Combine this with the introduction of policy amendments, improved financial accessibility, and enhanced skill development, the government and ministries of Bangladesh could accomplish the required acceleration to achieve the envisioned global stance of a developed country.

THE AMBER DENIM mosque sits at the back of a factory compound deep in the industrial sprawl north of Dhaka, Bangladesh’s frenetic capital (population: more than 18 million). Its walls are a Tetris grid of concrete blocks that recess in tiers toward open centers, like molds for tiny Aztec pyramids. Pipes left over from a plumbing job serve as pillars. Steel struts branch upward toward the 18-foot roof like the skeletons of umbrellas open against a monsoon. On a hot spring morning, the punishing deltaic sun bounces off the shallow moat that surrounds the structure, drifting over the concrete.

The mosque, completed in 2016, was the second project by the seven-year-old Dhaka firm Archeground to be built at the Amber Denim garment factory, which produces reams of fabric for the garment manufacturers that are the engine of Bangladesh’s new economy. A year earlier, the firm had constructed an open-air loom shed of bamboo, concrete and the same repurposed pipes that would be used in the prayer hall: It was an affordable prototype for humane industrial architecture in a nation plagued by deplorable, sometimes fatal working conditions. The loom shed originally contained a small prayer hall at its western end, but the weavers complained that the clacking from the looms disrupted their prayers, and so Jubair Hasan, 39, one of Archeground’s principals, approached the factory’s owner for another patch of land on which they could build a mosque. “We wanted to create a prayer space that would be connected to our climate,” Hasan says. “So there are no windows, no doors. Light comes in from all sides.” Since its completion, Hasan has encouraged the 1,500 employees who work, and in some cases live, on the compound to make their own adjustments by, say, fashioning bamboo curtains to block cold morning air in the winter. “Really, the people are making their own mosque,” he says. 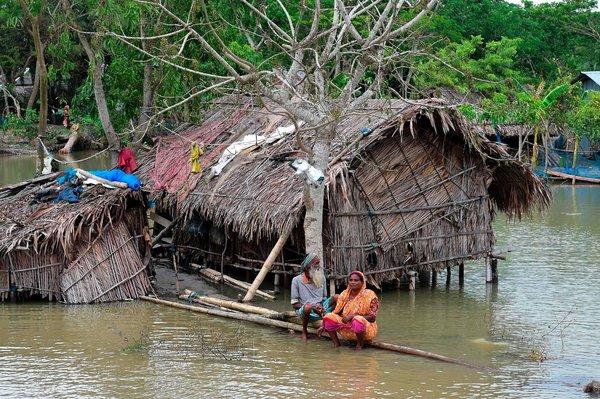 The most powerful storm to hit Bangladesh in years tore into the country over the weekend, uprooting trees, destroying thousands of homes and killing five people, but spared this crowded nation from worse damage.

G.M. Abdul Quader, the joint secretary of Bangladesh’s Ministry of Disaster Management and Relief, said the authorities had prepared aggressively for the storm, Cyclone Fani, which barreled up the Bay of Bengal with wind speeds of 120 miles per hour.

As in neighboring India, where the storm made landfall on Friday before heading northeast, in Bangladesh thousands of volunteers had woven through villages with megaphones, warning people about the impending storm’s dangers and urging them to move to shelters. Both countries also sent extensive text messages to the tens of millions of people in the cyclone’s path.

Though devastating for many farming communities, the damage was still remarkably low. Just 20 years ago, thousands of people were killed when a cyclone of similar size struck Odisha, a poor coastal Indian state that also bore the brunt of Cyclone Fani.

Since then, the authorities in India and Bangladesh, which is geographically especially prone to storms, have prepared for such natural disasters by drafting meticulous evacuation plans and building hundreds of shelters.

Apart from the five fatalities in Bangladesh, several hundred people were injured. Part of a dam crumbled in the remote coastal district of Patuakhali, flooding villages, killing cattle and destroying wells and thousands of acres of crops. On local television channels, families picked through tin shacks obliterated by the wind and rain.

Indian officials in Odisha were busy over the weekend clearing debris with power saws and trying to restore full electricity to the state. Bishnupada Sethi, the special relief commissioner, said 34 people had been killed in India, probably all by falling trees.